Our Work Join Our Team
‹‹ Back to Marketing & Sales Blog

I used my Marketing Essentials Pay It Forward time this year to volunteer as a referee at USA Team Handball (USATH) National Championship in Adrian, Michigan. Being able to “Pay it Forward” for a project I am passionate about was amazing, and I was grateful to have been granted this time off by Marketing Essentials.

Ever since being introduced to the sport of team handball in college, I have found a passion for the game. After I graduated, I wanted to stay involved with the sport, so naturally, I began serving as a referee. Handball has allowed me numerous opportunities to grow, and volunteering in this role was the least I could do to give back to the community.

What Is Team Handball?

Team handball is a physical and fast-paced sport that is extremely popular in Europe, frequently ranking as the second or third most popular sport in the country behind soccer and basketball. However, in the United States, team handball is less popular and relatively unknown. In fact, team handball is the only summer Olympic sport in which the U.S. has not medaled in either the men's or women's events.

Often compared to water polo on land, the rules are relatively simple. Seven players are on the court at one time, comprised of one goalie and six field players. Offensive players are allowed to take three steps before they must shoot, pass or dribble the ball.

Defensively, a player may wrap up — wrap your arms around a player from behind — on the offensive player as long as they are in front of them.

Finally, a “special” rule allows only the goalie to be in a designated area by the goal, called the 6-meter line. Players can jump into this area but must release the ball before their foot touches the ground. With these simple rules to follow, anyone can get started playing handball.

Related: ME Team Member Pays It Forward at Rustic Hope >>

USATH is the governing body of team handball in the U.S. They are part of the larger non-profit organization U.S. Olympic and Paralympic Foundation, whose mission is to support Team USA athletes on and off the field of play.

Each year, USATH hosts a national competition for all adult men's and women's team handball clubs in the U.S., with this year's competition hosted at Adrian College in Adrian, Michigan. The event starts on Friday and leads up to the championship games on Sunday, with plenty of games, fun and bonding experiences throughout the weekend.

I was fortunate enough to be selected and volunteer as a referee for the national event. I arrived Thursday night, and upon arrival, all referees were given a briefing on what to expect in the following days. A jam-packed schedule included over 80 games, a rule test and technical reviews. After the briefing, we were sent to our rooms, as we all knew a long weekend was ahead of us.

Related: ME Team Member Pays It Forward at Clean Sweep of The Great Miami River 2021 >>

Experiencing a Jam-Packed Weekend of Games

On Friday, I woke up fresh and excited for the weekend ahead. I had seen my schedule of five games and realized it was going to be a long day starting at 9:30 a.m. and ending at roughly 8 p.m.

I spent the day running from court to court, making sure I was giving my best effort for each game. Needless to say, after my last game of the day, I was ready for a nice long shower and a restful night’s sleep.

Saturday brought fewer games but more intensity. At this point in the tournament, teams were either at the knockout stage or competing for a final spot in it. Tempers began to flare in these tight games, and it required a delicate hand as a referee to ensure they would not boil over into something more serious.

Thankfully, my partner and I were able to navigate the situation, and both teams walked away with smiles on their faces after a hard-fought match. We had made it through the day and were in the home stretch.

Wrapping Up With Championship Games

With my body sore and exhausted after eight games, Sunday came with a little more excitement; it was time for championship games! Furthermore, I would only be refereeing one game on Sunday, so I would be able to enjoy a few games as a spectator.

My final game went smoothly, a third-place game with both teams fighting hard but playing fairly. Afterward, I was able to catch the women’s and men’s championship games before making the drive back home after an eventful weekend.

So after such a long weekend of running and refereeing, was it worth it? Absolutely! I connected with many different people from across the country who shared a similar interest.

The joy and excitement that the event brought out in everyone involved was amazing — and it's all for a great cause! The proceeds from the tournament were donated to the U.S. Olympic and Paralympic Foundation, helping future U.S. Olympic athletes.

How to Get Involved in Handball

Interested in learning more about handball or want to join a local club? Check out USATH adult or college club lists.

Keep Up with Marketing Essentials

At Marketing Essentials, our team members enjoy giving back to the communities where we live and work. Read more about how we give back to our community. 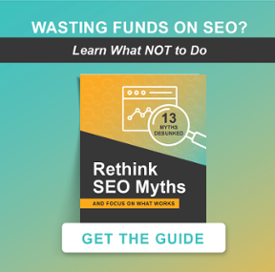 An e-newsletter of all things marketing and sales.